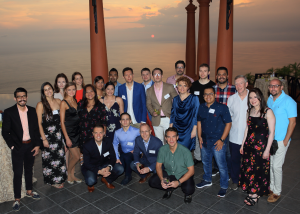 At Western Union we are always working to find ways to apply new practices and tools to run our business better for the millions of customers we serve across the globe. With that in mind, we launched the WU Way. The WU Way is designed to empower Western Union employees to find ways to do our work better and more efficiently, so that we can deliver better customer service while continuing to drive growth.

One of the initiatives that’s come from this new way of thinking is the WU Way Stars program. WU Way Stars was created to recognize the Western Union employees that went above and beyond their day-to-day jobs to make a difference. During 2018, more than 700 employees were nominated to be named Stars. More than 120 of those nominees were ultimately recognized as WU Way Stars, and a select handful were offered the opportunity to join our Executive Team in Costa Rica for a series of WU Way events. 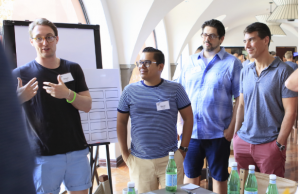 During their time in Costa Rica, the WU Way Stars toured our Costa Rica offices observing best practices and attended a Townhall meeting that included a panel discussion with Western Union CEO Hikmet Ersek and members of the Executive Team. Each WU Way Star also presented a 60-second Show & Tell to share the story of how they became a WU Way Star.  From physical paper poster-boards, to live-whiteboard drawings, to animated PowerPoints, to solving a Rubik’s cube, to pre-filmed videos, everyone had a creative way of explaining how they have made a difference at WU.

The group also participated in a problem-solving exercise and spent time on the beach during a teambuilding activity.

By the end of their stay in Costa Rica, it was clear this group of WU Way Stars is dedicated to driving the WU Way transformation.  They made a commitment to stay connected and continue developing their skills to be champions of change at Western Union. We’re looking forward to seeing what they come up with next!

Learn more: From Edison to Miller: WU’s Most Influential Employees 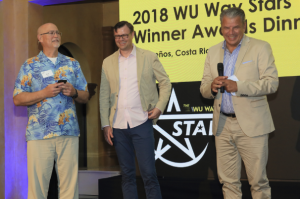 The Appeal of Fintech in Mexico

5 Benefits of Receiving Money Transfers in Mexico through PagaPhone

International student: how to find a place to live