At the Western Union Foundation, we work to provide opportunities beyond borders, so that everyone has an equal chance at a better life. As a result, we work with organizations like Re:Coded that support displaced youth by providing the training and skills needed to succeed in today’s technology-driven global economy. Read below a story from Re:Coded of Bahaa, one inspiring alumni.

You can learn more about the Western Union Foundation by visiting our website and following us on Twitter.

‘No previous coding experience required – just the motivation to succeed’ is what we tell people who want to join our coding boot camps. In reality, many come with a basic understanding of coding, but what’s it like learning how to code, when you don’t have any practical knowledge about it? We asked Bahaa, a recent Re:Coded alumni. 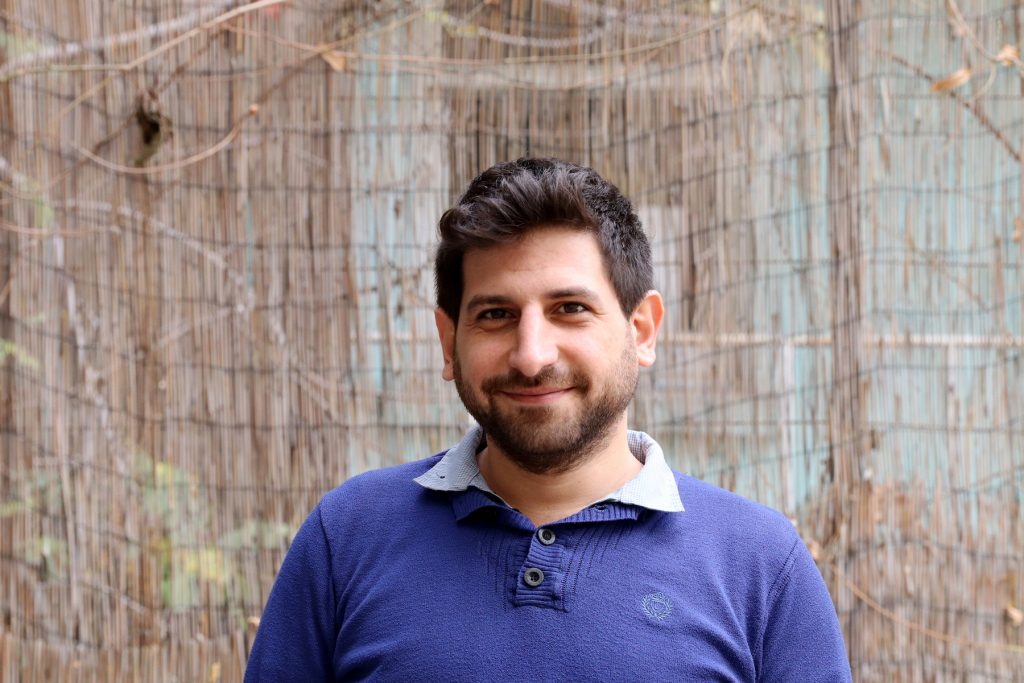 Ok, it’s not that he didn’t know of coding. At his studies in Mechanical Engineering at the University of Aleppo, he had been introduced to the theoretical concepts of coding, but Bahaa insists it did little to prepare him for the bootcamp.

That’s not an uncommon story at Re:Coded and Bahaa wasn’t the only one who struggled in this bootcamp at first. Even students with degrees in Computer Science tend to struggle at first as they often lack practical experience with coding.

“I don’t think what I was introduced to at university helped me with anything. All that Mechanical Engineering did was give me the mindset of an engineer always wanting to optimize to get an easier and better outcome. However, I would say that mindset helped me in the boot camp.”

The intense nature of coding boot camps means that most students struggle at some point but for Bahaa it was tough from the very beginning.

“Most of us struggled in the beginning, I guess. I think that this was the intention as the boot camp is quite intensive.”

By the end of the first couple of weeks, he realized that he was already behind the other students.

It didn’t put him off though. Despite starting on the back foot, he slowly started to catch up. By this time, he had realized he had to make hard choices to help him manage his time. As he was working as a freelancer at the time, he started reorganizing his schedule to allow him to spend more time on coding.

“It was basically a case of prioritizing. I knew that the boot camp would benefit my life. I actually dropped a couple of projects which weren’t giving me as much money or knowledge as I wanted. They were a waste of time and I needed to focus on something beneficial.”

Bahaa’s switch from Mechanical Engineering to coding wasn’t a clear-cut journey. When he first arrived in Istanbul from Syria, he realized the language barrier would make it hard for him to find a job as a mechanical engineer.

So, like many refugees, he took a job in sales which meant long hours and low pay under conditions he best describes as exploitation. His talent meant that he soon became a sales manager for a health company in Istanbul before making the transition into marketing. After working as an account strategist, he decided to go freelance, but he soon realized that if he wanted to truly advance his career, he must learn to code. That wasn’t an easy decision, but his previous workplace challenges helped him stay motivated during the boot camp.

“I would say the exploitation I felt in my previous jobs motivated me at the boot camp. I know that working as a web developer will be a completely different story as I will work in a company with professional people who are very interested in what you will provide to them. Now, I can say no to exploitative jobs and land a better job with someone who respects basic human rights.”

Having that clear goal in mind for what he wanted to do afterward, Bahaa was able to channel his energy into coding and he started carving out his niche based on his previous experience and skills.

“There is something called conversion rate optimization on a website so you can do a lot of A/B testing on ads. My passion is conversion rate optimization and A/B testing on a website level. I only knew about it theoretically, but I wanted to apply it on a practical level and the boot camp helped me with this. Now I do a lot of tests and am enjoying it a lot.”

So, what does it take to become a coder?

Although he is currently working as a freelancer, Bahaa hopes to find a permanent job in the digital marketing sector. He also wants to use his skills to help other refugees make the jump into the digital economy.

“I would love to use coding to help other refugees follow in my footsteps. I’m looking for similar impact NGOs or any opportunity in this field to help people in the way that I’ve been helped. I want to give back what I’ve gained so right now I’m trying to make my own course of digital marketing for refugees who don’t have a chance to get a job in the digital world.”

As he underwent his transformation into a fully-fledged coder, Bahaa’s ideas of what sort of person a coder was started to change.

“A coder is someone who is comfortable staring into a screen a lot, looking for something they have done wrong for as long as it takes. That’s basically the main thing that I feel makes a good coder. Everything else you can learn but this ability to look for your own tiny mistakes is really important. Theoretically, anyone can learn to code if they put in the hours and are passionate enough about it.”

As coding is rapidly becoming an essential skill, Bahaa believes that more people should learn to code as he feels it can change their life.

However, Bahaa also acknowledges that not everyone is cut out for a career in coding. When asked what sort of person would succeed in this field he replies, with his characteristic dry wit.

“A person who doesn’t have any back problem.”

Plan Ahead to Line Up Housing in Australia

Head to Tasmania – The Cooler Summer Spot in Australia

Beyond Sydney and Melbourne—4 Amazing Australian Cities for Expats