Getting Around By Jenny Horowitz May 9, 2017

Filipino food tends to be overlooked for other Southeast Asian cuisines, like Thai and Vietnamese. But you’d be mistaken to neglect it. Pinoy cuisine has been delighting taste buds for centuries with phenomenal flavors that reflect the country’s multi-cultural influence. From deep-fried lumpia rolls to sweet leche flan, you can find Chinese, Spanish, or Native influence in almost every dish.

Lumpia is a delicious deep-fried spring roll, stuffed with a mixture of minced meat and chopped vegetables.

Pancit, or pansit, are noodles that can be mixed with whatever meat or vegetable your stomach desires. The name originated from the Hookien word ‘pian e sit,’ meaning ‘something conveniently cooked.’ 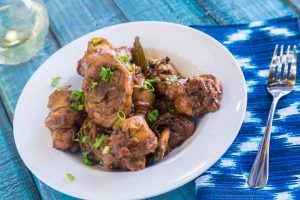 One of the most well-known dishes on our list, chicken adobo’s distinctive flavor comes from a slow cooking process – plus plenty of vinegar, crushed garlic, soy sauce, and black pepper.

Ready for dessert? Meaning ‘milk flan’ in English, leche flan is a custard dessert made of pudding with a soft layer of caramel on top. The texture is smooth and creamy; the flavor rich and sweet. 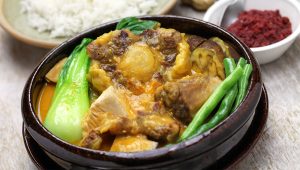 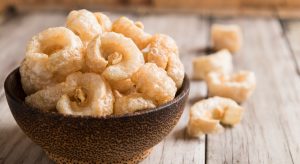 Extremely popular in Spain and Latin America, chicharon are fried pork rinds. They can also be made from chicken, beef, or mutton. Filipinos love to eat this crunchy snack with beer. 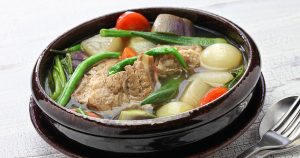 Often associated with tamarind, sinigang is a sour and savory Filipino stew made with onions, tomatoes, eggplant, spinach, ginger, and fish sauce. 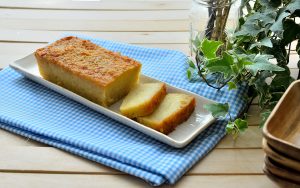 Cassava cake is another popular Pinoy dessert crafted from freshly grated cassava flour and coconut milk, traditionally baked on coals. And you won’t have to feel too guilty indulging because cassava offers a handful of health benefits. 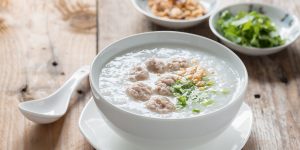 Hungry for more? Take a peek at some unique cuisines around the world for more international foodie inspiration.