The Western Union Foundation is honored to be recognized with the American Logistics Aid Network’s 2020 Humanitarian Logistics Award, for our disaster relief response efforts to the Kerala, India flooding.

In 2018, monsoon rains caused the worst flooding to hit Kerala, India in 100 years. It affected 13 of the state’s 14 districts, with the death toll rising to almost 500. The government of Kerala estimates that more than 21 million people were affected, including 7 million children. The flooding left most of the state inaccessible, closing airports and submerging highways. The Western Union Foundation acted quickly to the crisis with grants for relief efforts to Save the Children and United Way India.

Save the Children and United Way India have made considerable progress in Kerala in the two years since the flooding. Combined, their relief and recovery work benefited more than 138,000 people, including 54,000 households which received shelter kits and urgent household items. Committed to the importance of education, the organizations immediately worked to get schools operational and replaced lost school materials for more than 12,600 children so they could restart school as soon as possible. 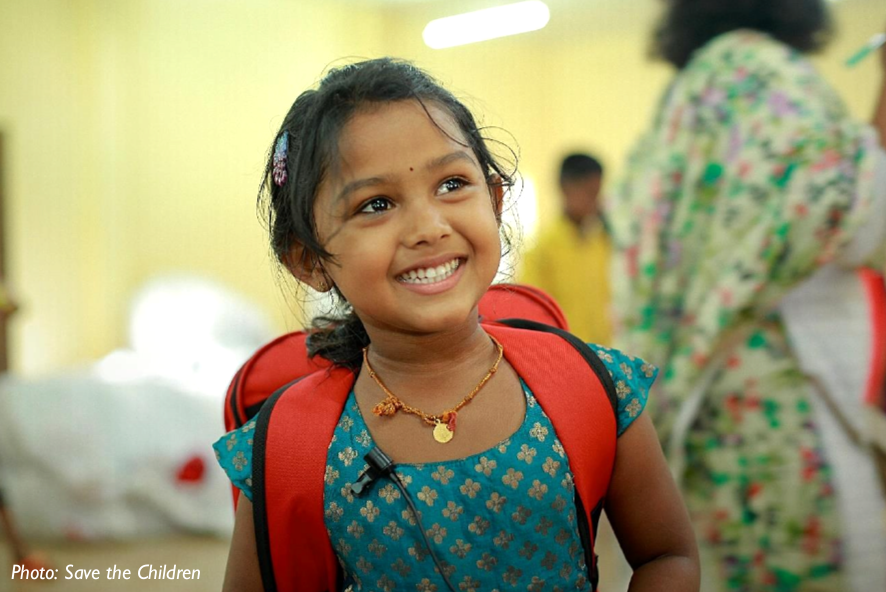 Shantha is a beneficiary who lived with her family in a small hut with her elderly mother and three children and is her family’s sole breadwinner. When the rains began, she moved her family to a safe shelter. However, her house was left under more than eight feet of water, destroying her household materials and possessions. The market where she worked was inoperative for three months after the floods and Shantha struggled to find work. Eventually, she was offered a construction job through a Save-the-Children-partnered women’s empowerment program; unfortunately, she did not possess her own tools and equipment and had to pay to borrow tools. Save the Children stepped in and provided tools and equipment to her construction unit, enabling them to take on independent assignments and earn a sustainable income.

Western Union Foundation’s mission is to provide underserved and marginalized populations—including people affected by disasters—with the skills needed to succeed in the global workforce. On average, more than 14 million people around the world are displaced annually due to natural disasters, and the Foundation sees an increase in the frequency and severity of such events every year. When disaster strikes vulnerable communities, it takes them longer to recover, setting them back in the global economy even further. ALAN’s recognition of the Foundation’s work in India is a great reminder that what we do—what our supporters make it possible for us to do—is more important than ever.