Did you know that 70 countries still criminalize homosexuality? And, even in countries that have decriminalized it, LGBTQI (lesbian, gay, bisexual, transgender, queer, and intersex people still continue to face stigma, persecution, discrimination, and violence. The United Kingdom alone hosts thousands of LGBTQI refugees who have fled their home countries to seek safety abroad. To help, the Western Union Foundation is teaming up with Micro Rainbow to tackle some of the problems that LGBTQI refugees face when arriving in the UK.

Micro Rainbow’s mission is to create opportunities for LGBTQI people in the UK to fulfill their potential in life by having equal opportunities. Because refugees flee for safety, many find themselves arriving with no network, which can lead them to experience isolation, discrimination, homelessness, and struggle to start a new life. Micro Rainbow works to provide safe housing to asylum seekers and refugees, access to employment and training programs, and social inclusion activities to reduce the extreme isolation LGBTQI refugees face. The Western Union Foundation’s programming will offer mentorship opportunities with the community and Western Union employees, as well as employability workshops where they can learn how to write a resume for the UK job market, search for jobs, and develop interview skills.

Read some of the powerful stories below from Micro Rainbow and join us in advocating, supporting, and celebrating the LGBTQI community this Pride month.

Alana suffered bullying as a child in Malaysia but felt it made her stronger in the end. She persevered through school and gained a scholarship to a university in Canterbury. After she graduated, she had to return to Malaysia where she was threatened because of her identity. These threats inspired her to stand up and defend the rights of those like her, and other LGBTQI people. However, the advocacy efforts brought more persecution and she realized she needed to flee for her safety. That is when she filed for asylum in the UK. When she arrived, she continued to face additional challenges – from discrimination for being a trans woman, to not having a place to live and continuous relocations. Alana eventually was relocated to the Micro Rainbow house which gave her a place of belonging. “The sense of belonging and purpose made me feel like I had a life as an asylum seeker. I don’t think a lot of LGBTQI people claiming asylum have that,” she says. Read Alana’s full story here.

Angela fled St. Lucia, where she grew up, because homosexuality is illegal. She knew she was different at a young age, and while not open about identifying as a lesbian, she was still accused, insulted, and raped as a form of persecution. She knew she had to leave to survive, so she arrived in the UK without any friends or family to support her. While seeking asylum, she struggled to find services that would support LGBTQI asylum seekers and was eventually referred to Micro Rainbow. Their social inclusion program helped her begin her healing process from years of trauma. Angela says, “coming to Micro Rainbow opened up my eyes and showed me that I am not alone, that all of us are here because we have been persecuted for who we are. Together we are able to support each other.” She has found enthusiasm and joy in life again since attending their program and workshops. Read Angela’s full story here. 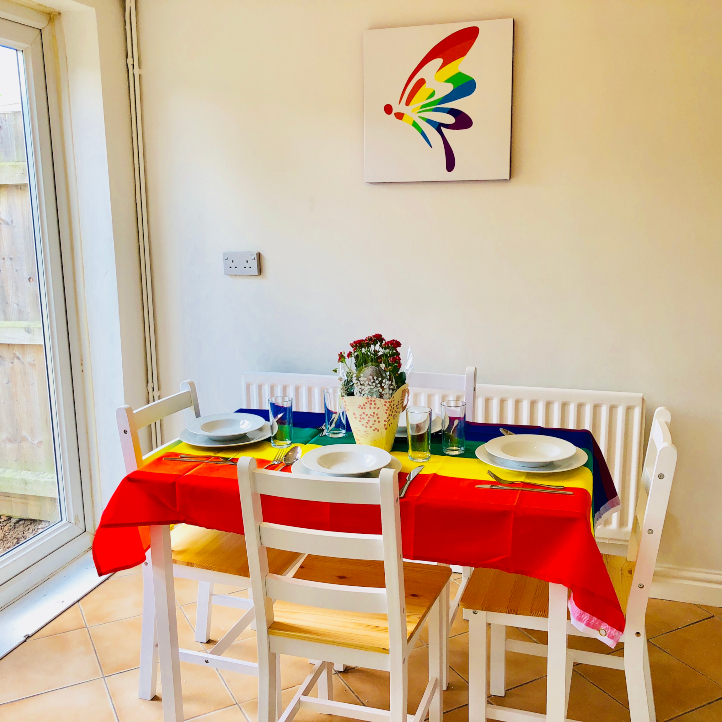 Muhammed faced abuse from his family in Pakistan for being a gay man. He left his home with help from a friend to arrive in London on a short-term visa and stayed by applying for a right to remain on a human rights basis. However, three years after arriving in the UK, Muhammed was attacked, and almost killed, by people from his country. He moved around throughout the years and eventually applied for asylum while in detention for immigration. He learned about Micro Rainbow and how he can find a community through their organization. Every Monday, he participates in Micro Rainbow activities, which have helped him meet other people, make friends, and build a network in London. Muhammed’s hope is in time to be in a place where he can help other LGBTQI people so they do not have to go through the same challenges he faced alone. Read Muhammed’s full story here.

How technology transformed the way we sent money home in 2021

How to send money to India with Western Union Canada?

How does Western Union work in Canada?