I was very honoured and exited to host a VIP Women’s Breakfast during Money20/20 USA in Las Vegas. Money20/20 is one of the largest conferences of its kind in the world, and brought together leaders from payments, fintech and financial services. - said Nicole Zimmermann, Head of Customer and Marketing, Global Payments.

The conference was the perfect platform where ideas could be expressed, developments shared, and change created. The change I and other like-minded women were seeking to ignite in our VIP Women’s Breakfast was to create and foster gender parity and inclusivity in the workplace.

Twenty-five women participated in the breakfast, all from different companies and backgrounds working in an industry that has consistently ranked as one of the lowest in terms of diversity and inclusion. We shared our insights from our own experiences and the challenges we’ve faced in the workplace. Our talk ranged from exploring the many reasons why women are not getting leadership roles and the factors preventing them from progressing up the career ladder. We also exchanged ideas and brainstormed solutions to address and overcome these obstacles and created solutions that we could take away and make a difference to drive true change towards diversity and inclusion.

Our guest speaker, Marie-Claude Nadeau from McKinsey and Company gave us further insight on the challenges women face in the workplace presenting the latest data from their pioneering women in the workplace study. McKinsey’s Women in the Workplace report for 2019 is the largest comprehensive study of the state of women in corporate America, and shows us that while progress has been made in the past five years since the study launched, it was only seen at the upper executive levels, specifically at the c-suite and the level below. Progression has not been uniform at all levels of the career ladder and women still face significant hurdles along the way.

According to the McKinsey Report, the biggest hurdle women face is in securing their first promotion. That first step into management is the hardest for women to make, or as Marie-Claude put it ‘the most disappointing level,’ with women being 28 percent less likely to secure this first promotion when compared to their male counterparts. This lack of progress in middle management, between entry and upper executive level, is the missing rung in the ladder for women.

When we look at the circumstances surrounding the missing rung, we know that at entry level gender is almost a non-issue, the number of men and woman is at parity. When asked why the first management tier doesn’t reflect the same degree of parity, why men are hired at a much higher rate than their female co-workers, you’ll receive different answers from men, women and Human Resources officers.

While the exact reason for this disparity might be complex and even ambiguous, there are ways that it can be rectified.

The main objective of the conversation during the breakfast was not only to have a clear picture of the current situation, but to have the knowledge necessary to create solutions and implement change. Here are five key suggestions that grew from our conversation: 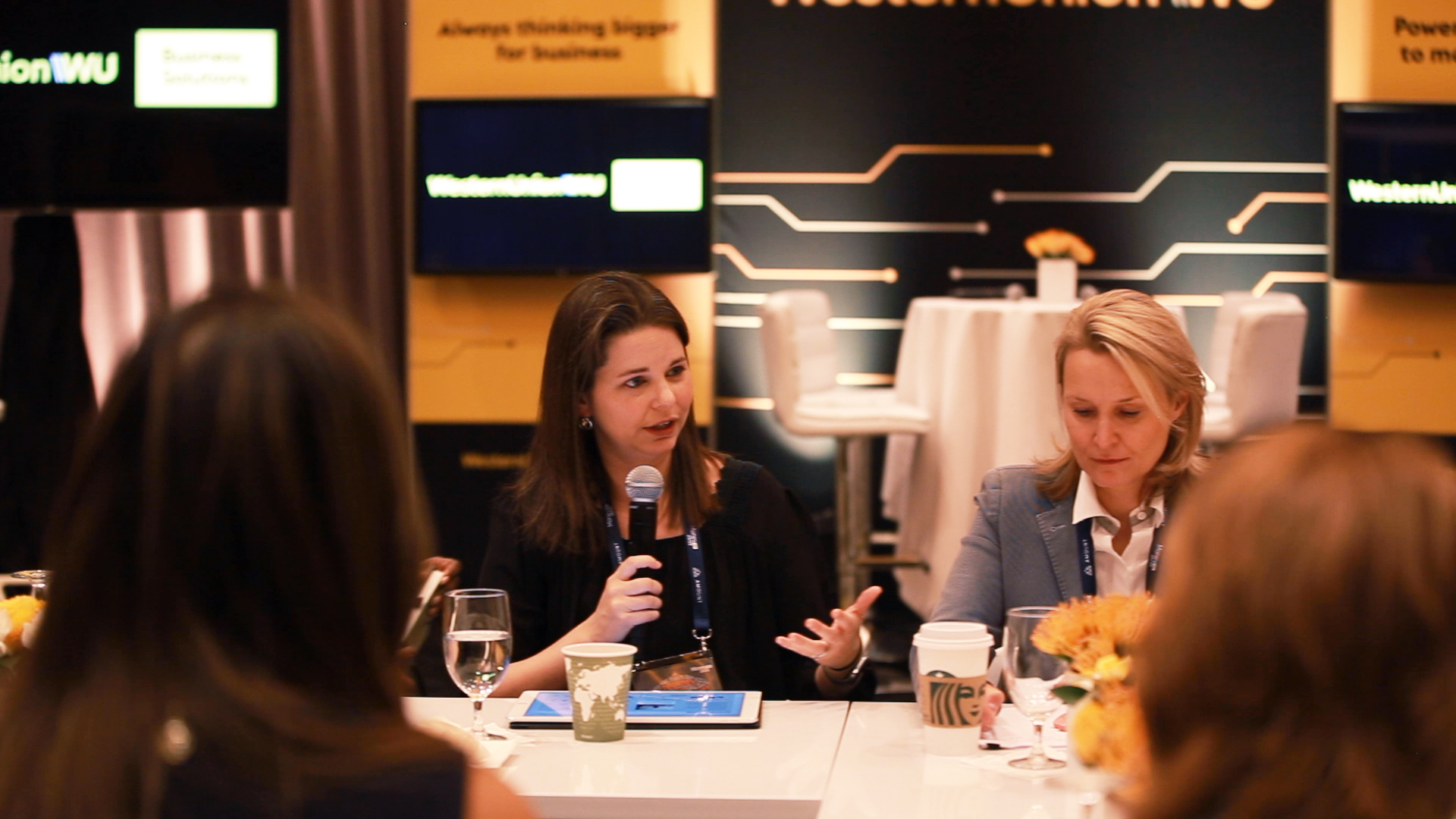 Women at all levels need to get behind each other and foster a network of encouragement and support.

Provide training and coaching for all levels to provide women with the skills necessary to successfully navigate the workplace and increase their confidence to market and promote their skills. Giving leadership training for both men and women is also an opportunity to learn how to be a good manager, and how to manage staff well, regardless of gender.

Women need better knowledge of their prospects and opportunities available for their career progression. Women are more likely to rank their skills lower and are less likely to put themselves forward for a role. Mentoring and sponsoring women at all levels during their career helps bring themselves forward in a way that feels authentic while enabling them to aim and reach higher.

There are men who want to be a part of the change but may not know how to go about it.  Get them engaged in the conversation, encourage them to speak up, advocate for change to create gender parity.

We need to get straight to the point. Not having enough diversity is a problem that needs to be solved. If the main barrier to women progressing up the ladder is the broken rung, then making a goal of getting women into that first line of management needs to become a priority. By putting diversity on the agenda, we can create a plan of action that addresses the factors preventing women from succeeding and implement strategies to combat them by making lasting structural and operational changes.

By tapping into the vast knowledge and experience that women have, engaging with each other to start these conversations, I believe we can create and become leaders for change. The journey is just beginning, and the onus is on us to spread the conversation and create a ripple effect that will drive true progress across the industry.