Making time for mentorship: An interview with Laura Kenney-Herbert on her mentorship experience with Nicole Zimmermann

How did you start your career at WU? 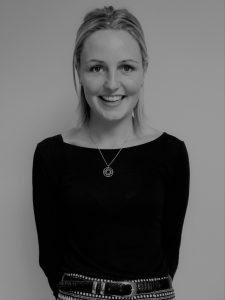 I had interviewed for a Sales role at Western Union after graduating from University, however when my interview was unsuccessful, I went on to join Amex where I worked in Foreign Exchange for two years. It was while I was working at Amex that a friend of mine who, at the time, was working at Western Union convinced me to join the team, which I did in September of 2016. Three years later, I am still here.

Why did you go into this role?

I saw the role as the next best step to take for my career progression. In my opinion, the opportunities within Western Union were much greater than those of American Express and the role itself had a much greater scope than what I had previously been exposed to.

What was it like before you did the mentoring?

Before I was introduced to Nicole, it was a very male dominated environment, so I often felt quite outnumbered without the female support to guide me. I was very much enjoying my role, but I felt like it perhaps lacked a structured development plan to ensure I was progressing, which was a major factor for my decision to transition to WU.

What was the biggest challenge you were facing?

Progression within the role. As a Dealer, it can be difficult to see the next step when your target is reset each year and your portfolio remains relatively unchanged, except a slightly larger target to hit. I lacked confidence in how I was perceived by my colleagues and clients, often due to the nature of working in a very male dominated industry. This was hindering my drive to move up the chain in Western Union.

How did mentoring help you overcome that?

In 2018, I created a Development Plan with Nicole featuring my 1 year, 3 year and long-term plans. We set objectives to achieve our ambitious goals and these objectives were the focus of our calls.

Each call had an agenda which was set from the previous call and often involved a bit of homework.

Discussions frequently involved clients that were a high risk to me. Nicole would help me create a contingency plan for such clients which I would refer to in my day to day role.

With reference to my perception, Nicole and I would frequently discuss challenges and successes in both of our day to day roles. Nicole would help offer her advice as to how she would overcome hurdles which was interesting and educational. Such advice is always very relatable and beneficial.

What are the three main things you learned/achieved with Nicole’s mentoring?

This year we achieved our 1-year goal to become a Senior Dealer. This was a significant objective outlined on my Development Plan for 2018, thus achieving it felt quite incredible.

We have since focused on our next goal of my 3-year plan. Nicole asked me to create a more bespoke plan for this goal, which included doing the Gallup Strengths Finder to help assess the basements to my strengths. This plan continues to be our focus for the time being.

From a more personal front, I feel that my emotional intelligence has improved remarkably, and I finally feel more mature and professional in my role as a Senior Dealer. Nicole has helped considerably here by helping to develop my leadership style under her watchful eye and guidance.

From a more personal front, I feel that my emotional intelligence has improved remarkably, and I finally feel more mature and professional in my role as a Senior Dealer.

What was most surprising to you about Nicole and her mentoring?

Our mutual love for horses and exercise. With Nicole being the VP of Marketing and myself as an FX Dealer, this common passion we share helped bridge the gap between our extremely different professional careers.

Do you think you would have had the same experience with a male mentor? If not why not?

This is very subjective; however, I personally feel that my experience would not have been the same with a male mentor as Nicole can always relate to the content we discuss which I do not feel a male could. Through our mutual interests, our relationship has grown much stronger. The recent progression to a Senior Female Dealer has been our focus, and Nicole has helped me by giving me advice and support, which she is able to offer as a female Vice President in an otherwise very male dominated industry.

What would you say to someone considering mentoring?

Ensure you have ambitious goals you want to achieve and be aware of your strengths and weaknesses as an individual. This gives your mentor content to work with and ensures that you have a focus, so you will take something away from each session you have together. Without an agenda/focus, mentoring sessions may cease to progress, which can become a bit of a time-wasting activity for both the mentor and mentee.

Ensure you have ambitious goals you want to achieve and be aware of your strengths and weaknesses as an individual. This gives your mentor content to work with and ensures that you have a focus, so you will take something away from each session you have together.

What do you think other people should know about Nicole or her mentoring?

Rarely will you be fortunate enough to have a mentor as driven, inspiring and successful as Nicole. Therefore, it is extremely important that you are prepared for your mentoring sessions as Nicole’s time is extremely sought after and valuable. Nicole has yet to be a minute late to one of our sessions and always finds time to speak with me, regardless of how busy her schedule is. It is fundamental that you make the most of every session you have with her. She will be very honest and transparent with you. This includes highlighting your positive attributes but also making you aware of your development areas and gaps in skillset. This alone makes one work harder as securing her approval is always a mini victory.

How has this changed you/what difference has it made to you?

I have very ambitious career aspirations so to be associated with someone like Nicole who has achieved more than my ambitions is an opportunity that not everyone has access to. I am subsequently more driven to learn from the best and ensure I follow in her footsteps as much as possible.

5 Steps for Starting a Financial Plan