Lubab’s Story: Contributing in the Fight Against COVID-19

The Western Union Foundation believes refugee integration into the global economy benefits all. To build on progress made to date, the Center for Global Development and Refugees International are embarking on a joint initiative funded by the Western Union Foundation and IKEA Foundation. The following is authored by Kailey Love from Refugees International, to share the story of Lubab, and the importance of economic inclusion.

Economic inclusion, and with it, access to the labor market is a critical right to refugees around the world. As refugees are allowed to work and exercise their professions, they not only become more self-reliant and resilient, but they are also able to integrate into their local economies and societies, putting their skills and knowledge at the service of their host communities.

The story of Lubab, an Iraqi refugee resettled in the United States, portrays the hardships and the benefits of refugee economic inclusion. With the support of Refugee Congress, Refugee Council USA, We Are All America, and other partners, we are able to raise Lubab’s voice and highlight the many contributions that refugees can bring to their host communities when given the chance. 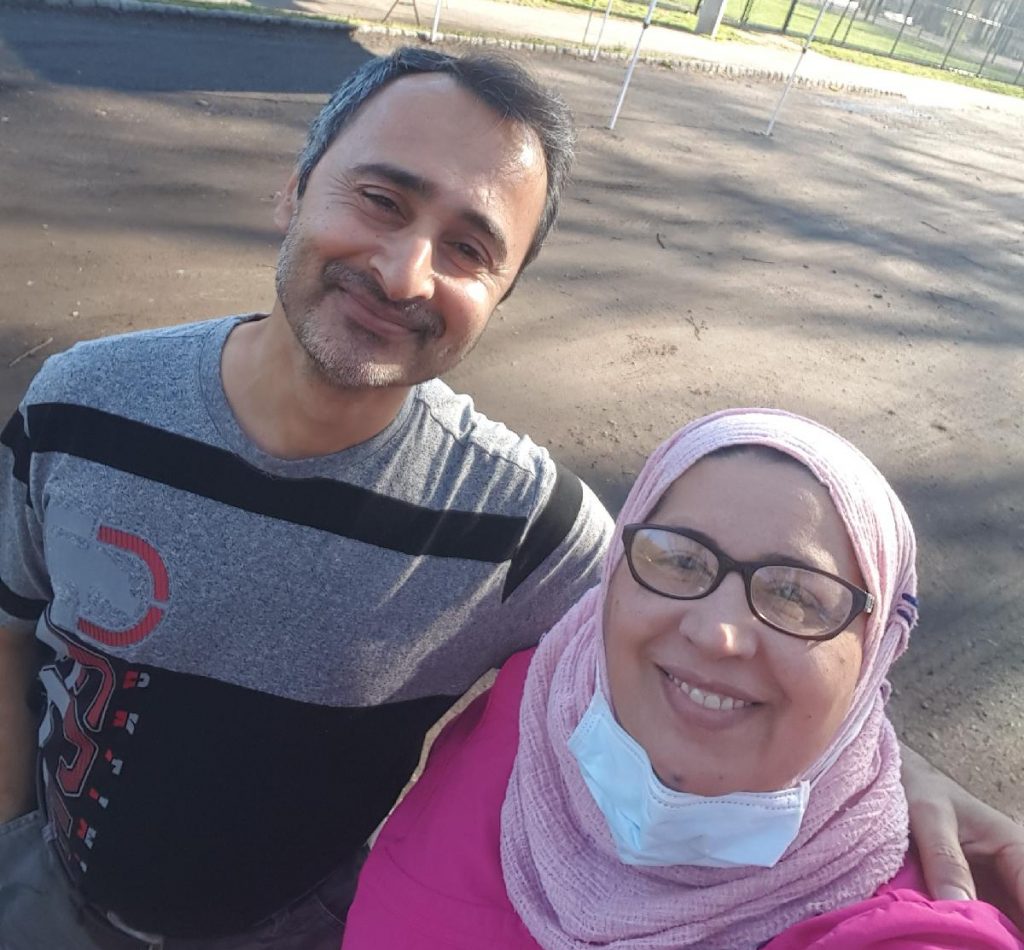 Lubab al-Quraishi spent six years after resettling in the United States trying to break back into the medical field. In her home country, she worked as a pathologist and a professor for years. When she first resettled in the United States, she worked as a cashier at a fast-food restaurant. Now, in the midst of the COVID-19 pandemic, she leads a team of international doctors to conduct coronavirus tests in New York nursing homes.

Lubab, 47, and her husband and two daughters arrived in Houston, Texas in 2014 after fleeing the violence in Iraq. She first realized that she and her family needed to leave the country when a bullet hit her car windshield while she was driving to work. She applied for resettlement, and after five years of moving around and waiting to be resettled, the threat to their safety became too high.

“I remember that my neighbor said, we have somebody living nearby, he’s a doctor and he has kids. Their kids have been kidnapped and killed. You have to leave. I knew it [was] very danger[ous],” she said. Shortly after, Lubab pressed her case and was notified that she would be leaving in two weeks to resettle in the United States.

After arriving in Texas, Lubab and her husband, who both have PhDs and held high-level positions in the medical field in Iraq, struggled to re-enter the U.S. workforce and practice medicine again. When refugees who are medical professionals resettle in the United States, they face many barriers to practicing that are burdensome and costly. These barriers are often the equivalent of starting over the entire academic process for foreign medical professionals, despite their deep experience and existing qualifications.

“I was an assistant professor at Baghdad Medical College. I worked a lot on myself and my job and the same thing for my husband. He was a head of department in epidemiology and biostatistics, a very important position. So, we left all this behind…it’s super difficult actually.”

In order to make ends meet, both Lubab and her husband got jobs at a fast-food restaurant as a cashier and cook, while they volunteered at a local college teaching basic science, biology, and anatomy. After almost three years, Lubab learned of an opportunity to work in a lab in New Jersey as a pathology assistant. While this opportunity was still below the professional level she practiced in Iraq, it was the long-awaited chance to re-enter the medical profession she had been seeking. After securing the job, her husband was also able to get a position at the lab, and they moved their family north at the beginning of 2017.

“I’m going to move from Texas to New Jersey…The weather is still totally different. I was not ready for that. So, I was shocked by the weather.” 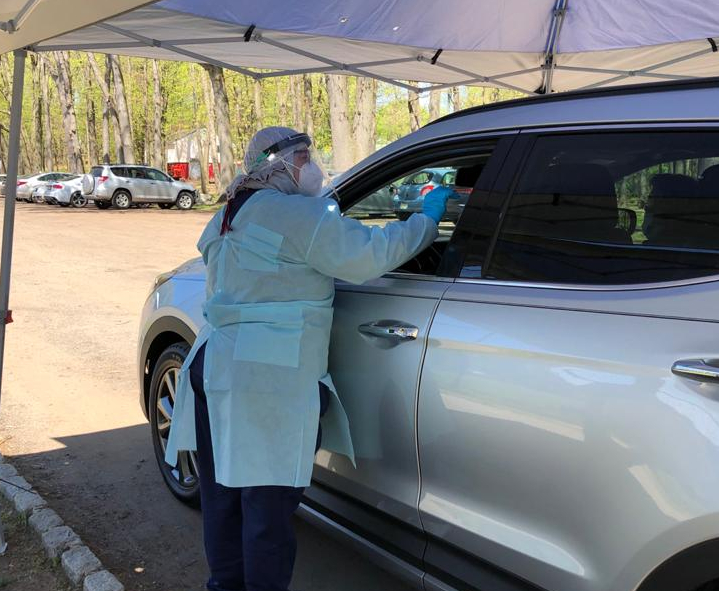 During the start of the pandemic, Lubab worked as a supervisor at a drive-thru COVID-19 testing center in Bergenfield, New Jersey. They test up to 250 patients per day from across Bergen County. She also recently received her temporary license to practice in the medical field due to the executive order passed in New Jersey (and several other states like New York and Colorado) that enable internationally trained doctors to aid in the pandemic response by simplifying and fast-tracking licensure during the time of crisis.

“They should take all this into consideration…to [benefit] from my experience and to get me familiar with the system. That’s what’s happening in the USA here. It’s just like a business you have to pay in order to get the license no matter what experience you have,” she said. “Now you realize that there are international physicians here since like six years for me and the others maybe 10 years, now you recognize that we can help. We [refugees] went through way more difficult situations than this…we can handle COVID-19.” 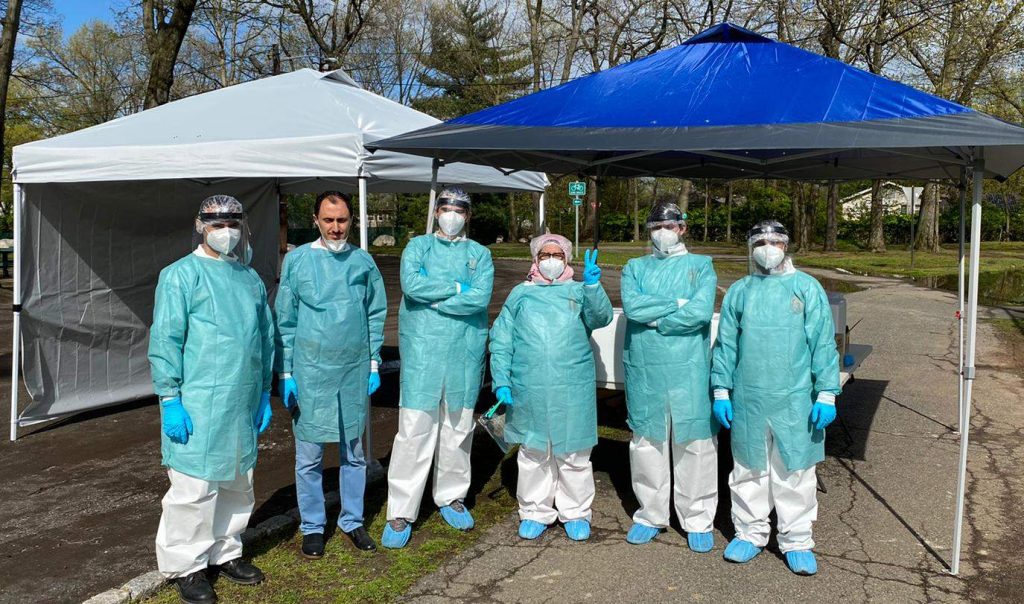 Now leading her team and testing in 10 different nursing homes as a result of obtaining her temporary license, she is hopeful that there will be policy changes that allow her to practice even after the Covid-19 crisis passes.

As Lubab recently told the New Yorker in an interview about the opportunity to finally practice her profession again in the United States, “This country gave me a second opportunity…so for me, this is my chance to say thank you.”

As Lubab contributes to her community in the fight against COVID-19, there are still challenges that prevent her from fully exercising her profession. While the aforementioned executive orders open the door for refugees and other internationally trained medical professionals like her, it is still a temporary measure. We encourage leaders to consider policies that enable refugees and immigrants to contribute as much as possible in responding to COVID-19 and beyond.

How to find an IBAN number?