Jose knew he wanted more than he had. He had a drive, ambition, and experience, but was not where he wanted to be in his career. He wanted to find a job that would engage his love of STEM and offer the financial stability he always wanted. At a young age, he was always interested in technology and computers and taught himself programming languages like BASIC, and MS-DOS command line code. His love of science and engineering led him to Aviation High School in Long Island City Queens, where he learned how to rebuild aircraft engines and earned himself an FAA certification and a New York State regents diploma.

Despite all of the early technical training, he decided to focus more on the social sciences in college. He felt “as a person of color raised in a lower to middle-income neighborhood, job security became more important than following one’s passion.” He completed his undergraduate degree and pursued a career in public education. Although very fulfilling work, he found himself in a place of financial insecurity, with a concern of not being able to provide for his family.

“I started searching for programs where I could learn how to become a software developer. When I found out about Pursuit and its goal of creating opportunity in New York City, I thought, ‘This is exactly what I’m looking for.’” 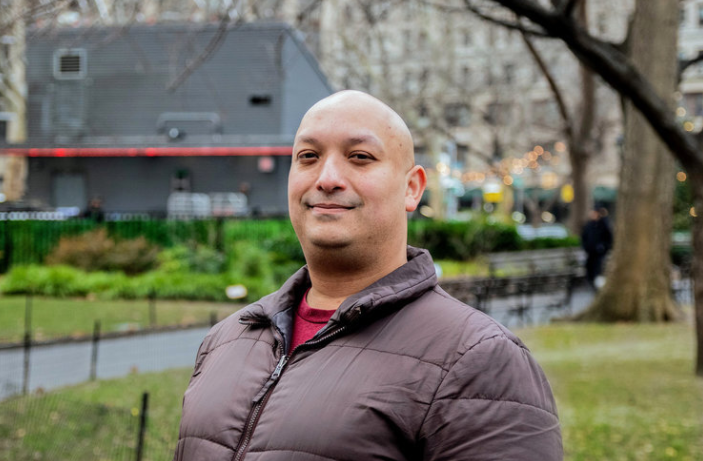 At the Western Union Foundation, we believe enhanced job skills lead to better employment and brighter futures. That is why we are partnering with Pursuit, a non-profit based in New York City whose mission to create transformation where it is needed most. Through a long-term, intensive program, Pursuit is creating the next generation of leaders in tech. The Pursuit Fellowship trains adults with the most need and potential to get their first tech jobs, and then helps advance their careers over the next three years. Over the last three years, Western Union has helped countless Fellows take part in this life-changing opportunity. Jose is just one of the hundreds of success stories that have emerged from Pursuit since the Fellowship program launched in 2014.

Within 90 days of graduating Pursuit’s program, Jose landed secure employment at a Fortune 500 company. It was a moment when Jose, like so many other graduates, felt compelled to express gratitude for many things–the community of Fellows, staff, and volunteers that supported his journey; his own support network that took on extra responsibilities so that he could focus on graduating; and his own grit, perseverance, and focus. Jose said, “always remember your ‘why’ and focus on your ultimate goal. But be flexible in how you accomplish your goals. Never give up. Transitioning in anything will be difficult, and sometimes even painful. However, if you keep at it, the learning curve will improve, your incremental growth will bring increasingly more powerful results, and you’ll ultimately achieve your goals.”

“Pursuit fulfilled a promise to help me transform my life and career.” Jose has always seen giving back to the community as integral to one’s well-being and purpose. He works full time as a mobile engineer, and at night often volunteers to help teach Pursuit’s recent graduates. “Pursuit has had such a big impact on me and now, I want to help the organization by training future generations of developers.”

“My time at Pursuit was invaluable: I’ve made lifelong friends, learned programming languages and frameworks, and strengthened the job skills I needed to succeed at innovative tech companies.” Jose’s ultimate career goal is to be both financially secure and independent, and organizations like Pursuit and the Western Union Foundation are helping him get there.

The Western Union Foundation is proud to support Jose and others like him around the world, working to achieve their dreams for a better life. Learn more about the work of the Foundation here, and follow us on Twitter for the latest news.

How to find an IBAN number?